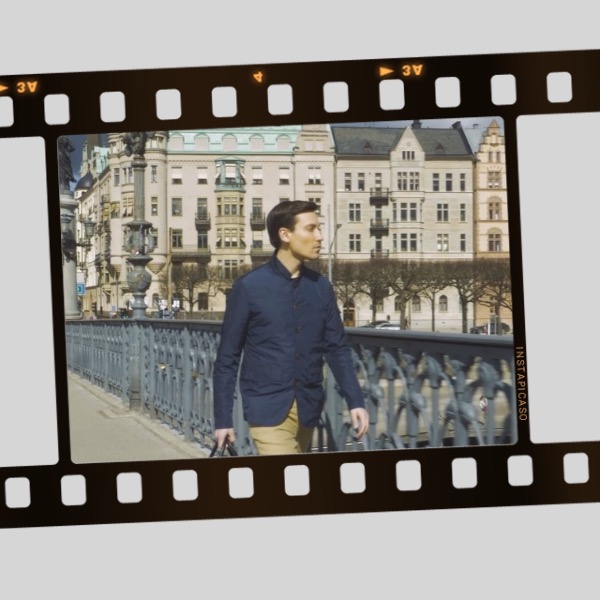 A film company contacted me earlier this year.  This film team are from London in the United Kingdom, or Great Britain as we call it here in Sweden.  They were planning a trip to Stockholm to do the filming here.  It was a short commercial clip which they were filming for the opening of a new Michael Kors store. They asked me to do makeup and hair for Mattias Swenson.  Mattias is the successful founder of Bloglovin and he has also been the ambassador for this campaign.

All the arrangements between the film company and me, their Makeup Artist, were discussed over the phone and per email.

The whole team and I came together at an apartment where we did the set-up of our equipment.  The Stylist made sure Mr.Swenson were wearing the right clothes for his image and styled it with the appropriate fashion accessories.

I applied minimal makeup, did his hairstyling and stayed during the day to make sure he is well groomed and his hair stayed in place.

There were a few different scenes with different outdoor locations which means that we were traveling in-between these scenes.

It was so much fun and the results looks amazing.

A campaign like this is usually planned well in advance and because we are not allowed to say or show anything before it is revealed to the public, I couldn’t tell you about this earlier.

Unfortunately, I don’t have copy rights to this film, but you are welcome to view it here: http://www.michaelkors.com/trend/regent-street-lp/_/R-cat2970002

To read more about the article which were published in the men’s fashion magazine GQ, click here: http://www.gq-magazine.co.uk/article/michael-kors-regent-street-london

For behind the scenes look visit my Instagram page @miaangelibei